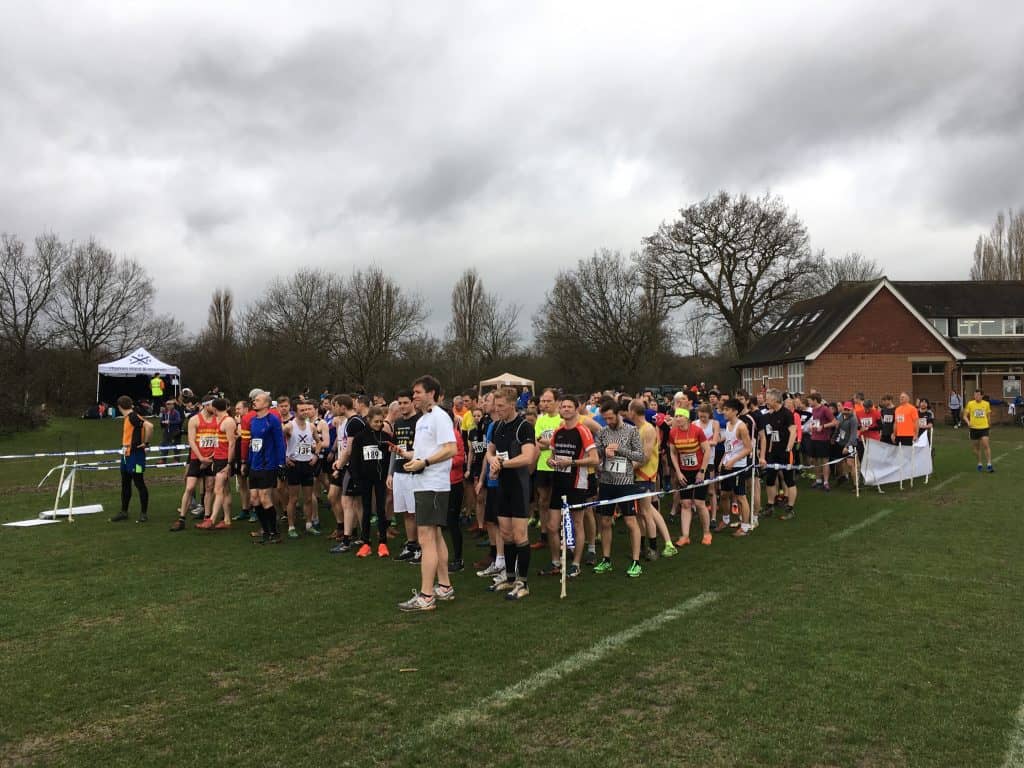 The Dash for the Splash race had been on my calendar for a while. It was local and sounded like a lot of fun. It was organised by Thames Hare and Hounds Running Club.

I didn’t actually book for my place until the night before, following an absolutely shocking run on Saturday. Doing the race was a way of getting me up and out and running 10km and also to give me an idea of where my fitness was.

The shocking run the day before came after 4 weeks off due to holidays, birthdays, Valentines Day, illness and a pulled muscle in my back. I had also given blood in the week. Normally I leave running for a couple of days after giving blood and it has no major effect on me, but the wheels really fell off on Saturday and I struggled badly.

The race location was only a 15-minute bike ride away so there was no great rush in the morning. I pedaled to the start, locked up my bike and picked up my number.

It was a standard run organised by a local club with around 280 runners. Some changing rooms, a bag drop and a tea/coffee stand all manned by volunteers.

Everyone was stripped off and ready for 9.30am. The start was a fairly chilled affair. A guy at the front was welcoming everyone, I looked down at my watch, looked up again and everyone was suddenly off.

I started my Garmin and set off at a fairly relaxed pace. This course was never going to be PB potential and following my struggles the previous day, I was always going take this one easy.

The start on the playing field soon quickly turned into fairly narrow footpaths that were very muddy. I started out trying to dodge the very muddy bits, then dance and skip over them. After the first kilometre, I gave up and just ploughed straight through the middle of them. 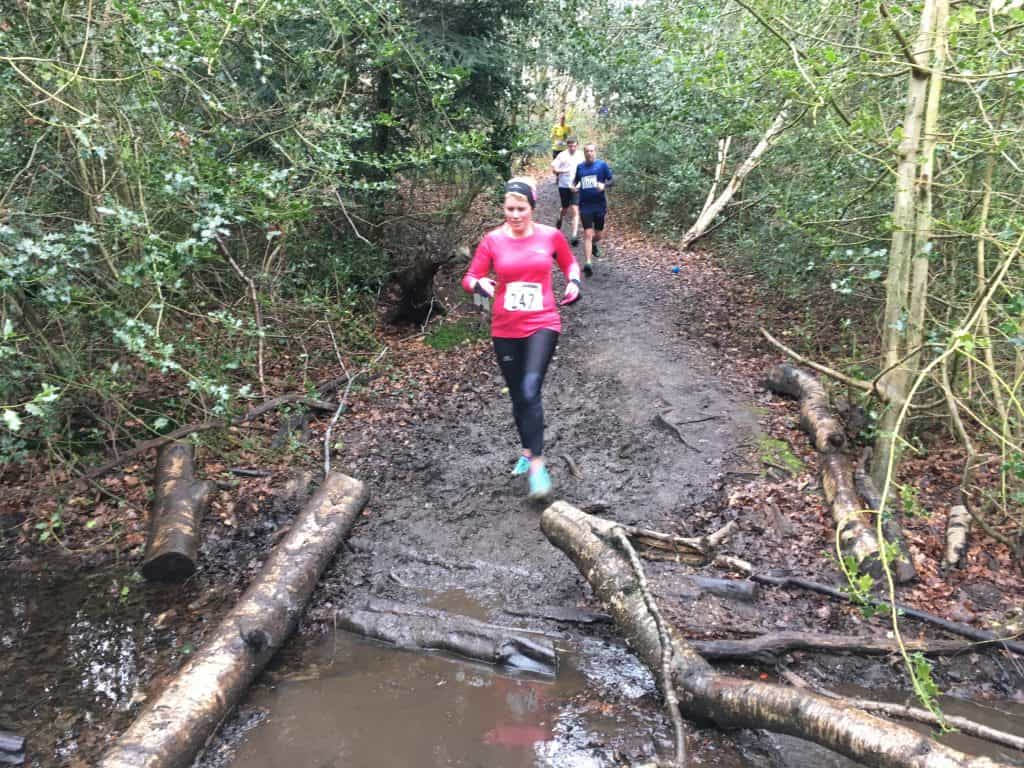 My trail shoes were put to good use, it would have been very difficult in road shoes. I saw plenty of people wearing spikes and even a girl wearing football boots, that was not actually a bad shout. 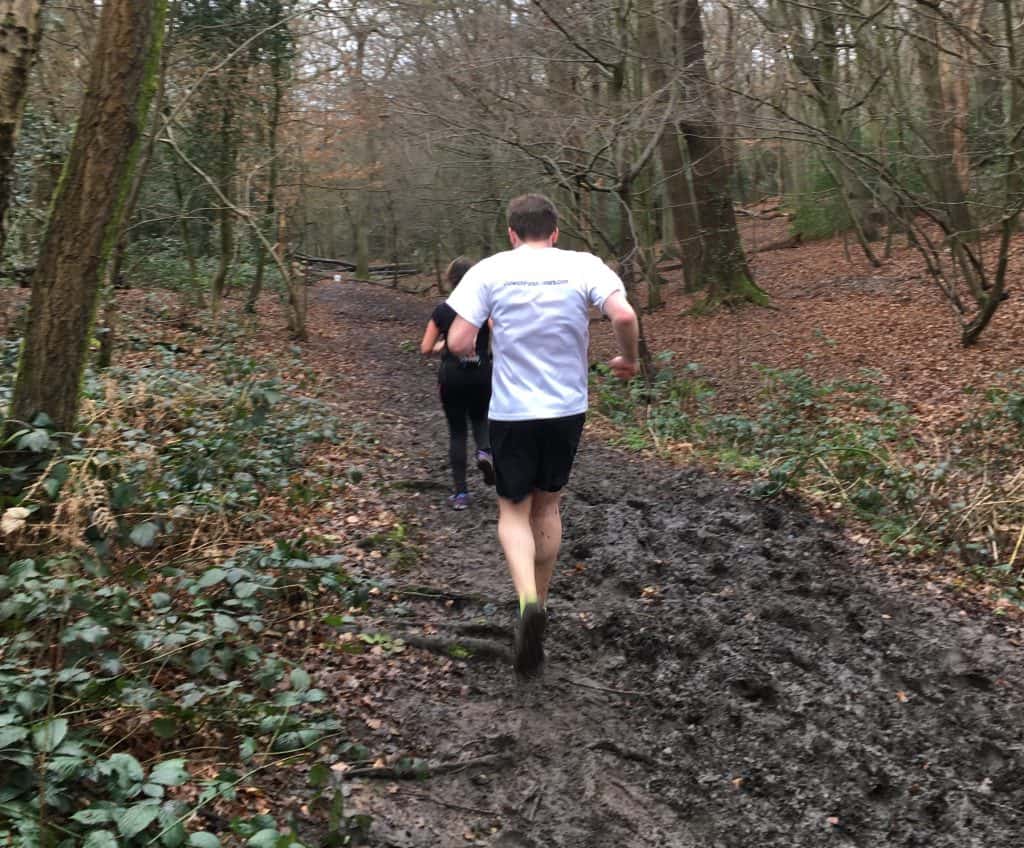 The course was well signposted and marshaled when required. Though there are many criss crossing paths across Wimbledon Common, and I quite frequently get lost there myself, at no point did I have any issues with where the route was and where I was going.

The conditions under foot were challenging but it kept my mind off how I was feeling.  There were some very steep slopes that were in many places not run-able unless you wanted to end up on your arse. There were a few stream jumps, log jumps and fallen trees that needed to be climbed between. All good fun. 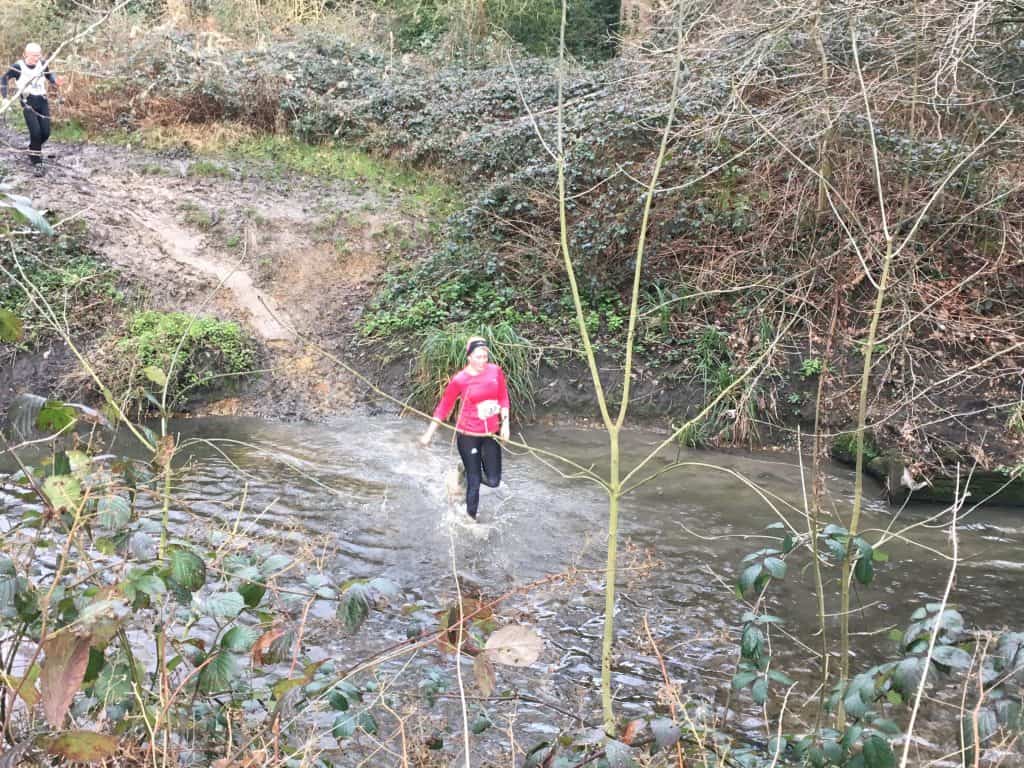 The real treat was the splash into the Beverley Brook that was about ½ km from the finish. Now, this was treacherous. The person in front of me slipped onto their backside on the way down but recovered to land on their feet in the water. I pretty much skied down the bank and jumped. A couple of strides and I was across, climbing out and giving a smile to the camera.

I rolled back into the start/finish playing field and across the finish line. My time was just over an hour, which is one of my slowest times in a long time. There was a bit of walking and a few stops to take some photos. 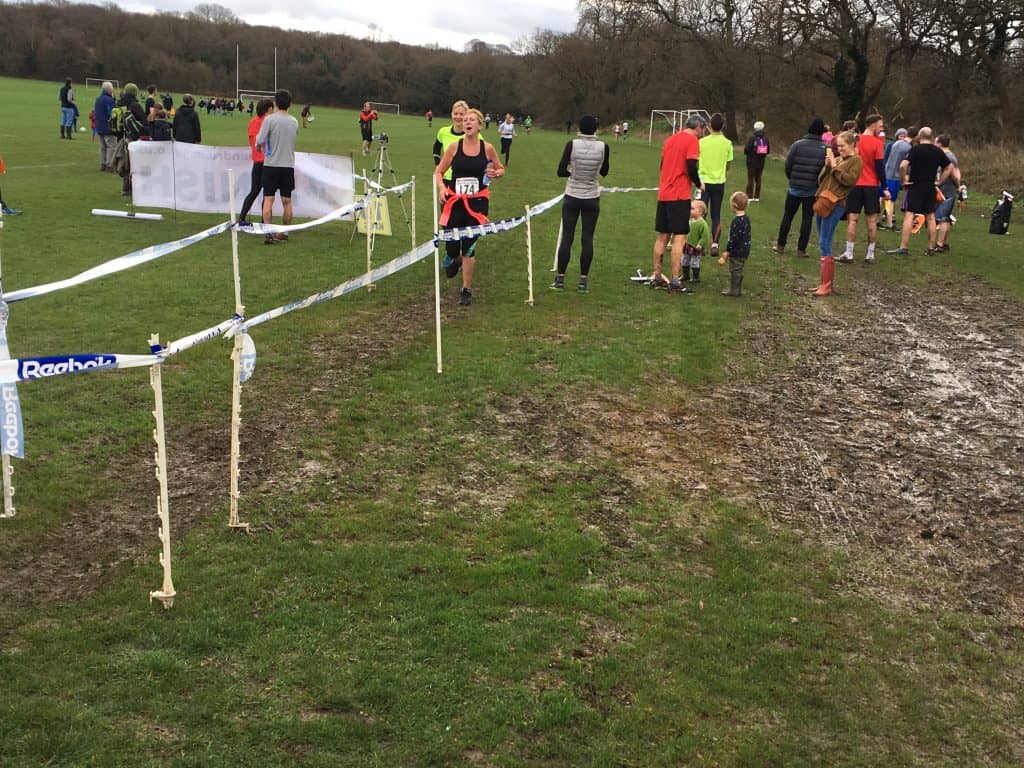 It’s been a while since I’ve done what I would pretty much call a cross-country, but it was great fun. Challenging but fun. As much as I love a big road race these smaller runs have a lovely feel about them and it’s always good to support a local running club. 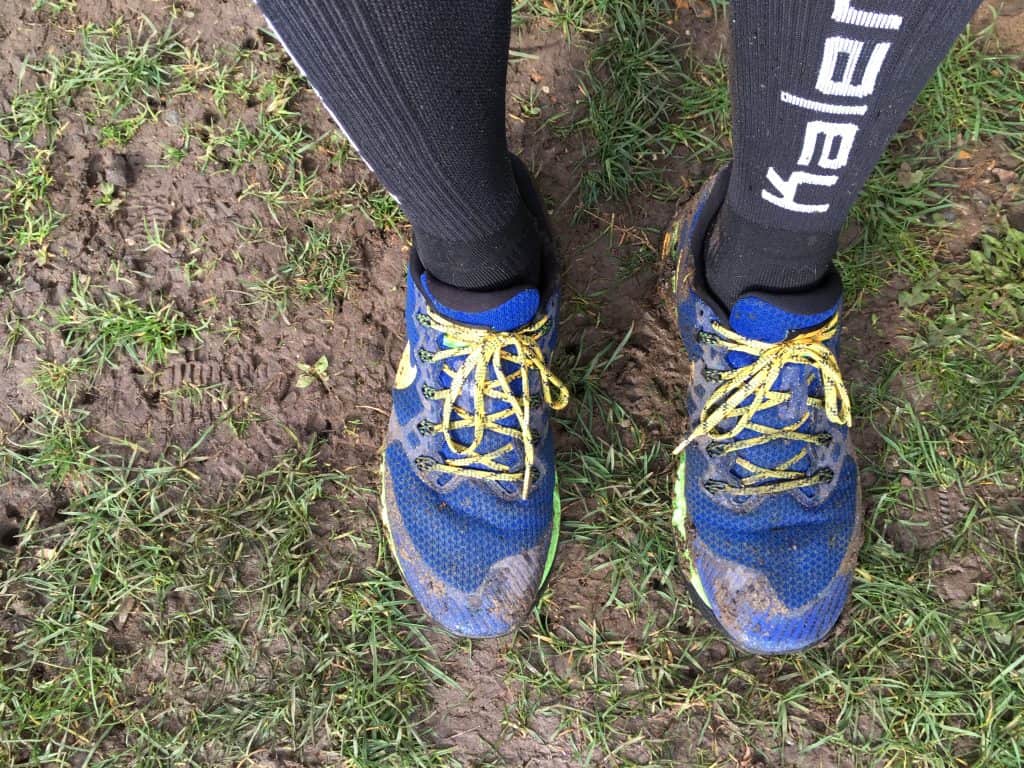 Whilst my time was not my best, I’m glad I challenged myself and got out the door. It allows me to amend my training plan for the next few weeks. I have a half marathon (Richmond Half) in 3 weeks that has rather crept up on me. I need to realign my expectations for that and keep to my training plan to be able to get something out of that race.

Some consistency is required!