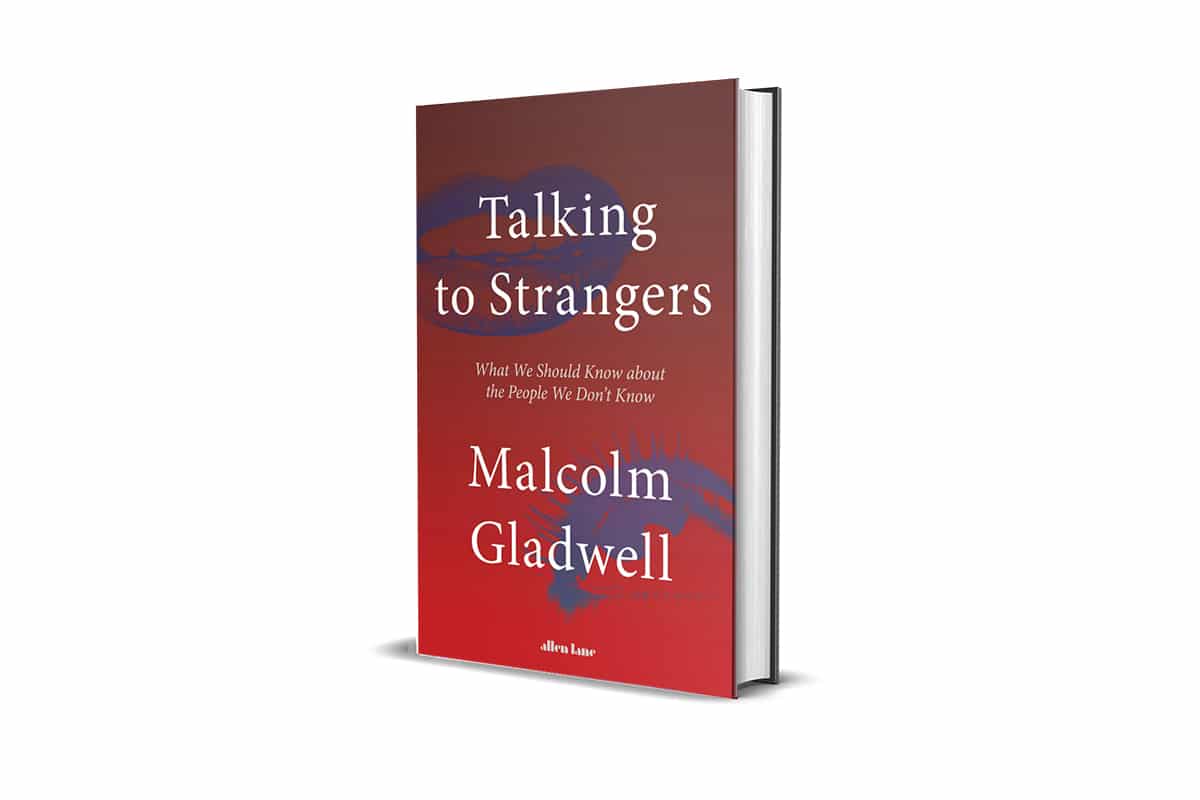 I’ve read almost all of Malcolm Gladwell’s books – The Tipping Point, Blink, Outliers, David and Goliath. The only one I have not read is What the Dog Saw, which for completeness, I’ve just decided I should read. I’ve also recently enjoyed his podcast, Revisionist History that I wrote about here, so was excited about his new book Talking to Strangers.

I decided to listen to the audiobook version, having heard Gladwell on the Bill Simmons podcast say that it was an “enhanced” audiobook, meaning that in included audio from some of the actual protagonists in the book.

I’m not going to fully review this book, but want to bring a few points to your attention that jumped out of this book and make it worth a read.

The first is the very nub of the book. Gladwell asks, “Why can’t we tell when the stranger in front of us is lying? It’s a great question, which Gladwell precedes to answer through the book. Some people are confident liars and some who look nervous even though they are telling the truth. The thing is – everyone, including judges and police officers, is no better than 50/50 at picking a liar. A computer programme does a better job at predicting whether criminals will re-offend than a judge who attending looks the criminal in the face.

The second is “default to truth”. This is – that we believe new information. If someone tells you something, you are more than likely to accept and believe it. But in doing this we leave ourselves open to deception. From the old lady who gets her life savings stolen to – “the executive directors aren’t taking money out of the company, they have the best interests of the company and workers at heart”. However, for society to function we have to default to truth, otherwise, nothing would get done and people would never leave their houses.

The third is about alcohol and is a reason why young men and women should read the book. Many people drink (even moderately) to relax and forget about their day. What the book explains is that consuming large amounts of alcohol causes mental “myopia”. This is where you are unable to, or don’t consider the long-term consequences of your present actions.

There’s also the potential to blackout, especially when large amounts of alcohol are drunk quickly. This one hit me hard. I used to party and several times did blackout. When people blackout, they can engage in all kinds of activities but don’t form memories for those events. A person can be fully conscious – walking and talking. The person that they are talking to has no idea they are blacking out. I’ve pulled receipts out of my pocket in the morning and had no recollection of being in that bar or buying drinks. Gladwell rams home the potential consequences of this and makes you think. This explains why I forget to call my wife when I head out with the boys nowadays! The book is worth it for this long chapter.

Gladwell masterfully begins and ends his latest book with the case of Sandra Bland, who was found hanged in her Texas jail cell in 2015. He links all the previous chapters back to a fateful day when Bland was pulled over for a Texas state trooper.

The book is highly thought-provoking and the audiobook is well worth a purchase that brings it to life. You could think of it as a rather large podcast.