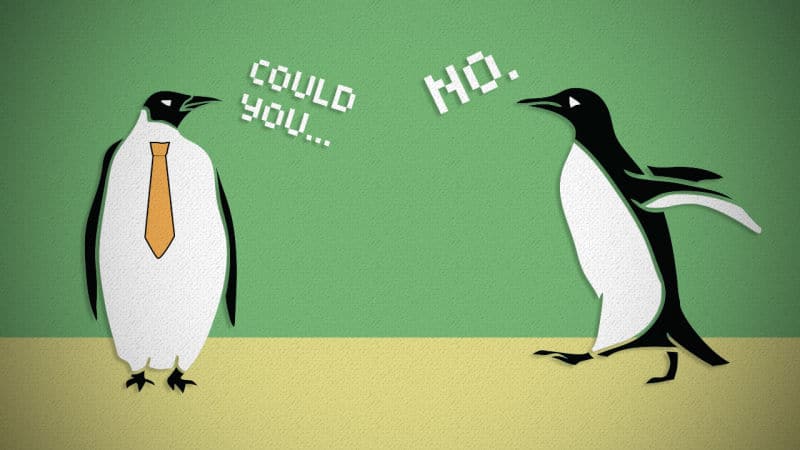 Do you struggle to say no?

Have you ever end up at the party you didn’t want to go to? Then you want to leave early but get talked into staying.

Someone calls you at work and asks you to do something. You already have too much work, but you end up saying yes anyway.

It can be difficult to say no, especially when you’re a people pleaser, which many of us are. As life appears to get busier, not saying “no” puts more and more strain on our lives and our time.

I’ve got a better at this in a few areas of my life. Not all of them are desperately dramatic but they are improving my ability to say no.

I’m a podcast junkie. Rugby, boxing, basketball, film, running, politics, self-improvement and fiction. I listen to a lot. My main time to listen them used to be in the car on the way to work. Now that I commute mostly by bike, my time to listen to them has reduced. I already have plenty of regular subscriptions and then many recommendations also waiting for me. Therefore, I have to be more discerning about what I listen to. If a podcast is not taking my fancy, I stop it, delete it and move on to the next.

Once I started a book, I had to finish it. It didn’t matter how bad it was. I had this thought that I had to finish it. But I was wasting time when I could be reading a good book. Just the same as podcasts, if it doesn’t grab me and I’m not enjoying it, I stop and don’t worry about it. Using the library is helpful with this, as I’ve not forked out £10 just to drop it off at the charity bookstore.

I’m a bit of a film aficionado (or was). Even though I don’t go to the cinema so regularly, I have a fair film knowledge. Just like basketball and boxing, which I don’t watch, but I still keep up to date with. I listen to  Kermode and Mayo’s Film Review podcast and don’t watch most of the films reviewed. There are actually a lot of listeners to that podcast who don’t actually watch films at all. I would always see a film through to the end for completeness purposes. There are lots of films I want to watch, so spending time watching bad ones is just not worth it.

I often tell my friends that I feel our lives are like the film Notting Hill. It’s not quite the same as affluent West London, but it’s a nice bit of South West London where we are all lucky to live within a couple of miles of each other. We regularly meet up for drinks in town or are around each other’s houses for dinners. Things have changed as many friends have had children and it got harder and harder to meet up. We could squeeze a coffee in here and there or rush around town trying to catch up for a beer. It’s all well and good, but I’ve really tried to say no to squeezing in the small stuff that compromises other bits of our lives. Making and taking the proper time (like the dinners) is much more important and this is where I’ve focused my attention.

I like to be informed and have made a habit of watching the news at 10 pm. Though it’s good to keep up to date with national and international issues, I tend to end up shouting at the TV and going to bed angry (and late) at the irrational situations of much of the world, from war, to Brexit, to Trump, to the environment. The adage “If it bleeds, it leads” seems to be truer and truer, or maybe “If it’s something that would have been incomprehensible 10 years ago, but we now apathetically accept, it leads”. There are other ways to get the news in a way that you have control. Turning off the TV also makes me productive, as I use the time to prepare for the following day, instead of rushing around trying to find things in the morning.

I recently wrote a post about the cost of races. Lately, I’ve ended up booking races and due to other commitments; I have been unable to take part. I could currently go with my tendencies to book every race under the sun and have them compromised. Some races are around my birthday. Many fall on bank holidays. Most are on Sundays. Or a combination of two, or all three. Sundays are when it a lot of peoples time to spend time with friends or family. I don’t need to do every race going. There are plenty out there. I say no to some and plan the ones I really want to do accordingly.

I’ve recently heard a couple of podcasts where Tim Ferriss was interviewed. He had a good solution to this problem. For the thing you want to do, have been invited to or are thinking of doing. Rate it out of 10. However, you can’t use a 7. An 8 is good and very likely something you’d be happy to say yes to. A 6 is likely something you are not that excited about, and you should probably say no to.

It’s not always about adding things to your life. Sometimes it’s about removing things that are not working for you and to find the right things, or the important things to focus your attention on.